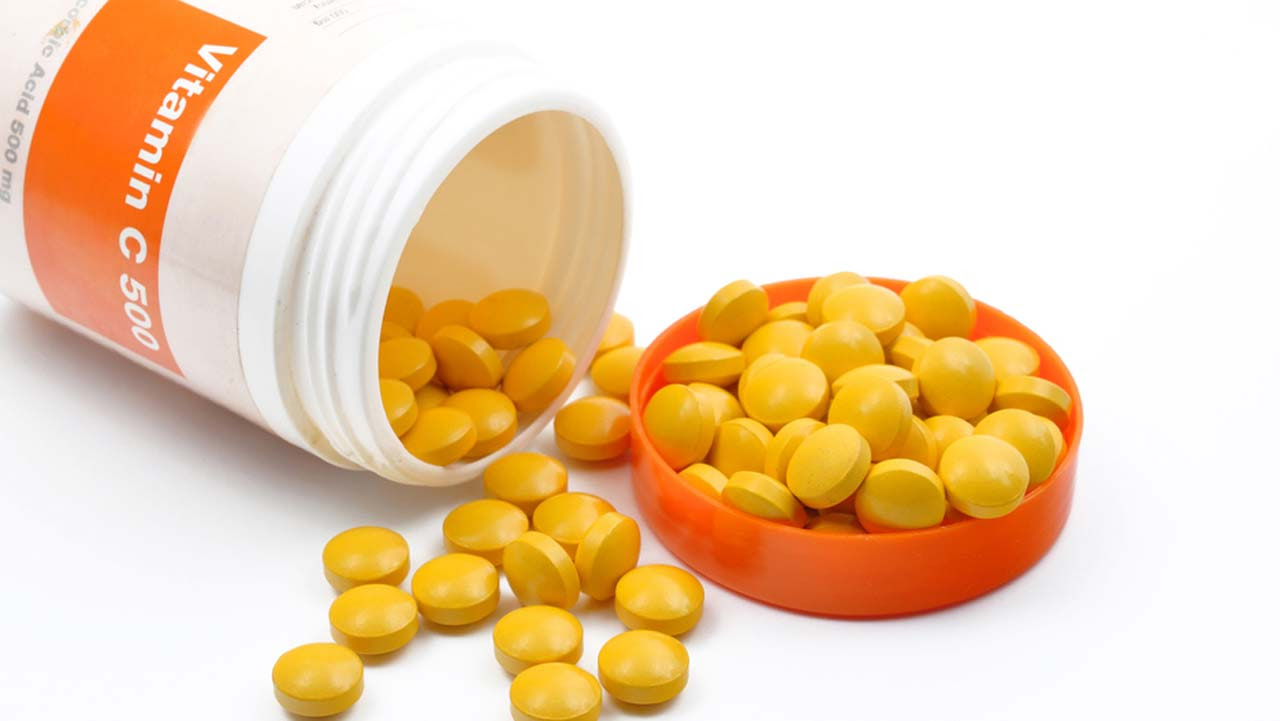 Justice Oyebanji also declared that NAFDAC has failed the citizens of this great nation by its certification as satisfactory for human consumption, products in which in the United Kingdom failed sample test for human consumption and which become poisonous in the presence of Ascorbic Acid ordinarily known as Vitamin C, which can be freely taken by the unsuspecting public with the Fanta and Sprite.

The court also awarded a cost of N2 million against NAFDAC.

The judgment of the court was sequel to a suit filed by a Lagos businessman, Dr. Emmanuel Fijabi Adebo and his company, Fijabi Adebo Holdings Limited, against NBC and NAFDAC.

Adebo also urged the court to declare that the firm was negligent and breached the duty of care owed to their valued customers and consumers in the production of contaminated soft drinks with excessive “benzoic acid and sunset” addictive.

He also prayed the court to direct NAFDAC to conduct and carry out routine laboratory tests of all the soft drinks and allied products of the company to ensure and guarantee the safety of the consumable products produced from the factory.

In an amended statement of claim filed before the court by counsel to the claimant, Abiodun Onidare, it was alleged that sometimes in March 2007, Fijabi Adebo’s company purchased from the NBC large quantities of Coca-cola, Fanta orange, Sprite, Fanta Lemon, Fanta Pineapple and soda water for export to the United Kingdom for retail purposes and supply to their customers in United Kingdom (UK).

When the consignment of the soft drinks arrived in the UK, fundamental health related matters were raised on the contents and composition of the Fanta and Sprite products by the United Kingdom Health Authorities, specifically the Stockport Metropolitan Borough Council’s Trading Standard Department of Environment and Economy Directorate.

The findings were also corroborated by the Coca-cola European Union and the products were found to have excessive levels of “Sunset Yellow and Benzoic Acid “which are unsafe for human consumption.

And due to the irregularities and harmful content of the soft drinks, which can cause cancer to the consumers, the claimants could not sell the products resulting in appreciable losses, as they were certified unsuitable for consumption and were seized and destroyed by the UK health authorities.

The claimants alleged further that NAFDAC failed to carry out necessary tests to determine if the soft drinks were safe for human consumption.

However, in its amended statement of defence filed before the court by Mr. T. O. Busari, the NBC admitted supplying the
products but contended that the products manufactured by the company were meant for local distribution and consumption.

It denied that it was negligent in the manufacturing of its products as alleged. It said that stringent quality control procedures were adopted in its production process to ensure that its products are safe for consumption of the final user.

Meanwhile, NAFDAC did not file any defence.

In her judgment, Justice Oyebanji said: “It is imperative to state that the knowledge of the NBC that the products were not to be exported is immaterial to its being fit for human consumption.

“The court is in absolute agreement with the learned counsel for the claimants that soft drinks manufactured by the NBC ought to be fit for human consumption irrespective of color or creed.

“In consideration of the fact that this case was filed in 2008 and that it has been in court for nine years, cost of N2 million is awarded against NAFDAC. Interest shall be paid at the rate of 10 per cent yearly until liquidation of the said sum.”

Email ThisBlogThis!Share to TwitterShare to FacebookShare to Pinterest
Labels: 2017 at 09:51PM, All intake, March 13, uzomedia 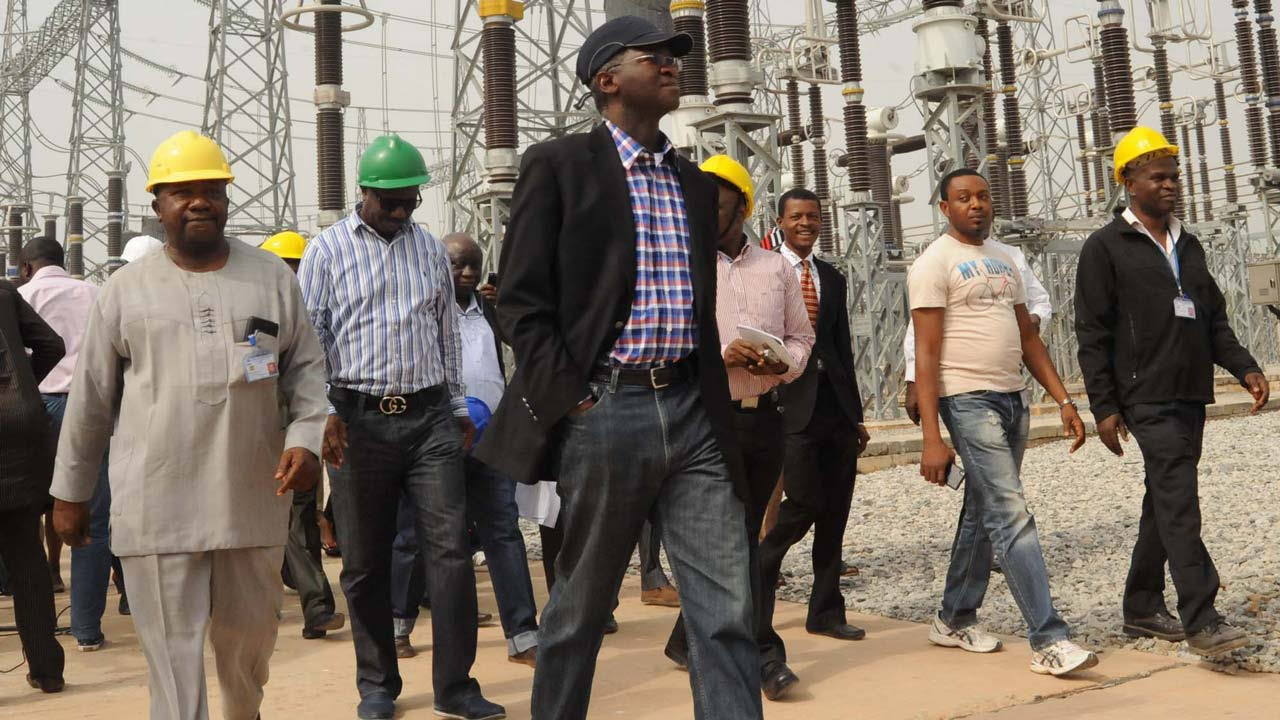 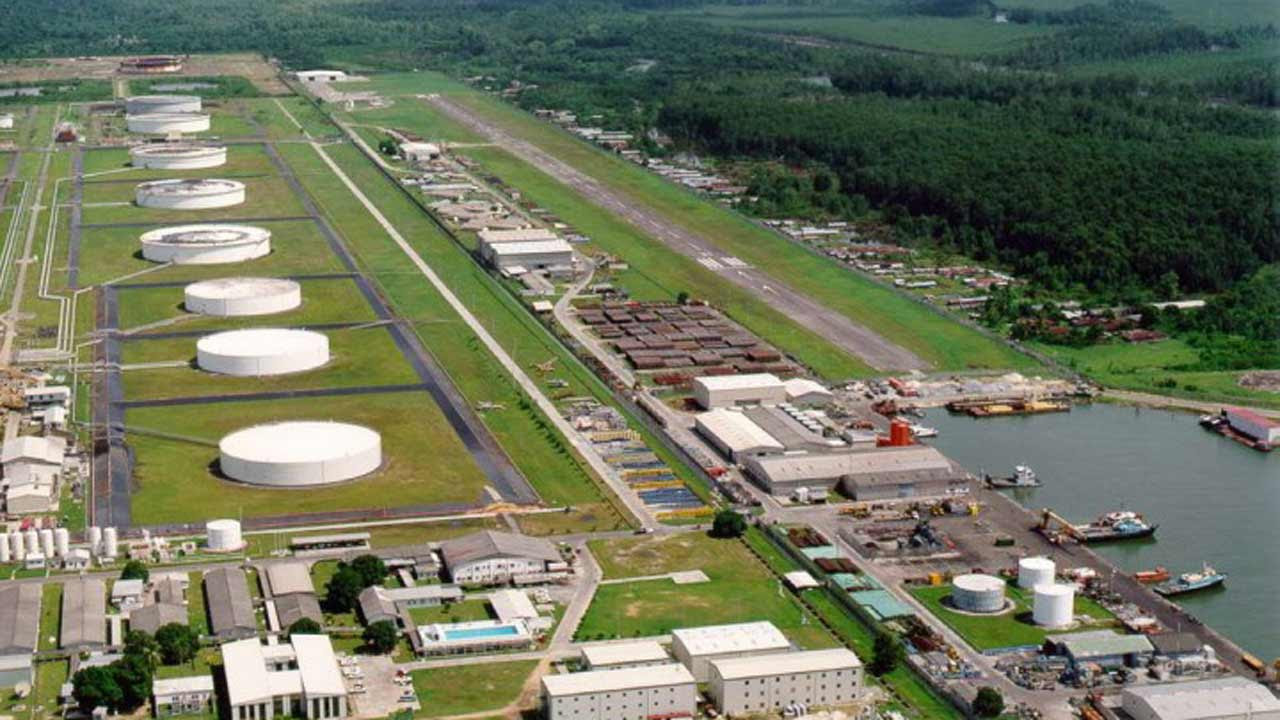 Delta wades into communities, oil firm’s rift over MoU
The Movement for the Survival of the Ogoni People (MOSOP) and Ijaw National Congress (INC) have asked the Presidency to enforce the relocation of multinational oil companies to the Niger Delta.

They said that the Vice President, Prof. Yemi Osinbajo’s directives to oil firms to relocate their headquarters to the region without a time-frame creates a lacuna that might be explored by the multinationals to evade the directive.

The President of MOSOP, Legborsi Pyagbara, told The Guardian that the presidential directive was one of the key demands of the people of the Niger Delta as espoused by the Pan-Niger Delta Forum leaders when they met with President Muhammadu Buhari last November.

Pyagbara stressed that government needs to ensure full compliance to this directive within a given time-frame.

He also advocated that opportunities should be given to qualified persons with requisite skills from the Niger Delta to head some of these companies.

In another development, the Delta State Government through the office of the Attorney-General and Commissioner for Justice has waded into the rift between host communities in OML 34 and the Nigerian Petroleum Development Company (NPDC) over alleged refusal to comply with terms of the project global Memorandum of Understanding (MoU) for the domestic gas project by the oil company.

The Attorney-General and Commissioner for Justice, Mr. Peter Mrakpor, who presided over the mediation meeting, said that he was acting on the instruction of the Delta State Governor, Dr. Ifeanyi Okowa.

He said the move was aimed at protecting the rights of the people as well as to create the enabling environment for investors to do business in line with the objective of the state government. 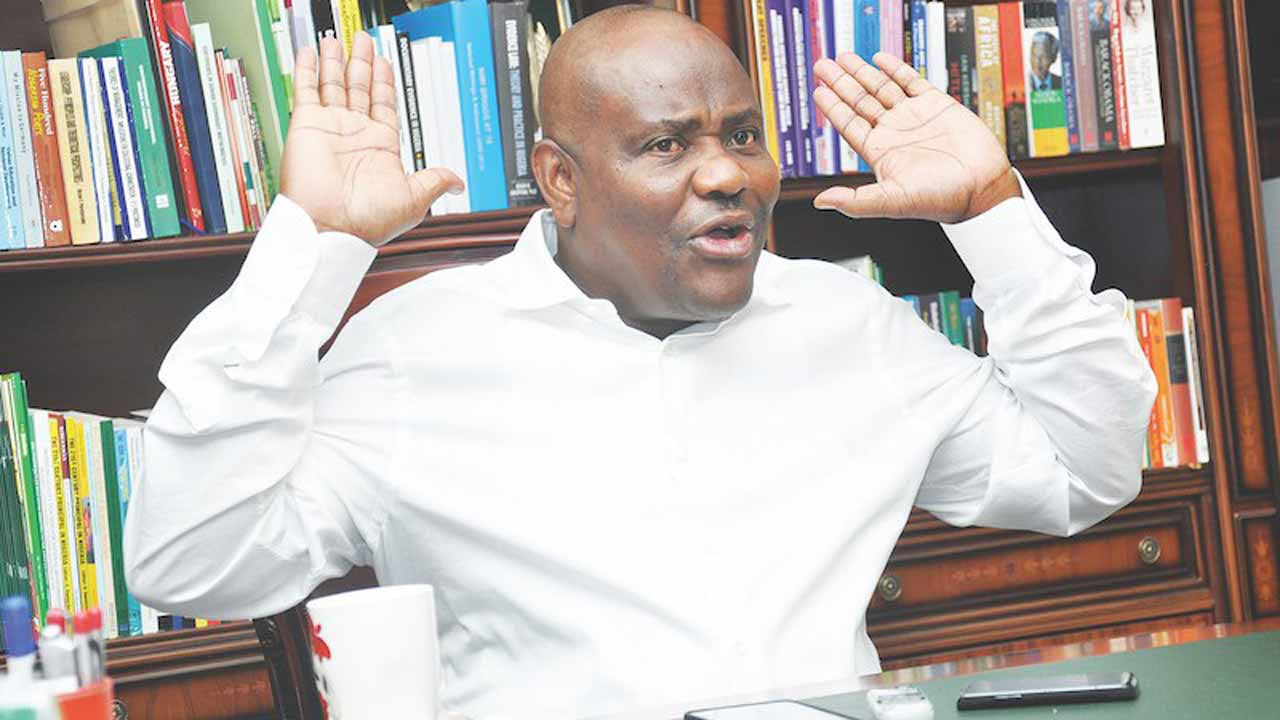 The Rivers State Governor, Nyesom Wike, has promised to submit the report of the judicial commission of inquiry on the 2016 rerun election to the Inspector General of Police, Ibrahim Idris.

He made the pledge when the Chairman of the panel, Justice Chinwendu Nwogu, submitted its report to the governor at the Government House, Port Harcourt.

The panel was raised to probe the killings and other acts of violence that characterised the December 10, 2016 rerun and supplementary elections in the state.

While expressing doubt at the inspector general of police acting on the report, he said he was optimistic that the police as an institution would perform their constitutional duties.

He disclosed that the state executive council would, after deliberating on the report, issue the white paper on it for necessary action by the police.

The governor commended the judicial commission of inquiry for a thorough report, which included videos, testimonies and relevant accounts of all that transpired during the elections.

Justice Nwogu explained that the commission received 13 Memoranda and several exhibits, including expended bullets and also visited different locations to gather its evidence.

He explained that the report, which is in four volumes, captured all aspects of the commission’s assignment.

Though he did not disclose the content of the report, he explained that the recommendations were in line with the commission’s terms of reference.

However, a new Commissioner of Police, Mr. Zaki Ahmed, has resumed in the state. This followed the death of the former police boss, Mr. Francis Odesanya.

Prior to this posting, Ahmed Magaji, had acted as the commissioner.

The new commissioner, who is from Kogi State, is the 38th commissioner of police in the state.

This followed the passing into law of a bill seeking to rename the earlier name of the Institution. 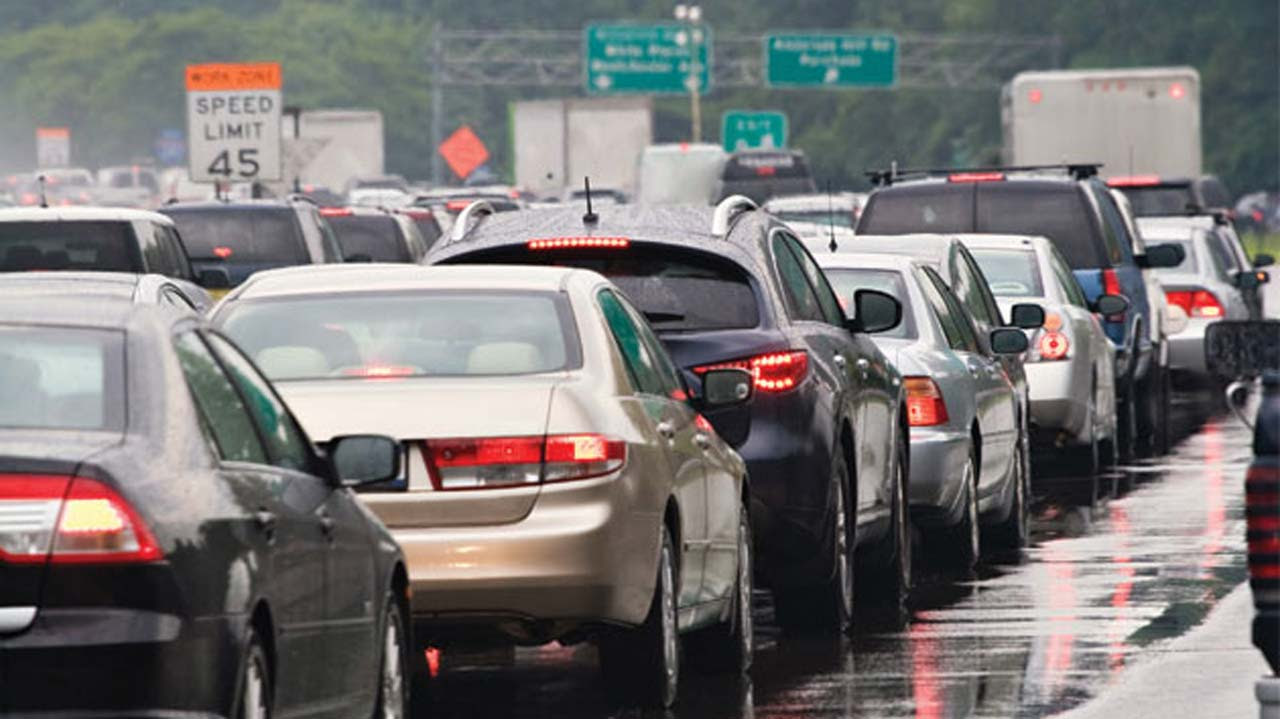 Vehicles dealers in the country have restated their support for the recent directive by the Nigeria Customs Service (NCS) to collect duties for cars and other automobiles of Nigerians who may have defaulted in payment of duties.

National President of the Association of Motor Dealers of Nigeria (AMDON), Prince Ajibola Adedoyin, who spoke to journalists in an interview at the weekend, described the grace period for the payment as an opportunity for all vehicle dealers and owners to pay duties on their vehicles to avoid losing them.

He said members of the association would take advantage of the duty collection window provided by the Customs from March 13 to April 14, 2017 as demanded by AMDON.

According to him, AMDON had suggested the mode of duty collection on vehicles to the Controller-General of Customs, Col. Hameed Ibrahim Ali as a way of resolving the challenges being encountered by its members.

Adedoyin pointed out that car dealers who were the most affected by seizures of cars and other vehicles had established a partnership with the Customs over the years.

He added that the dealers established a rapport with the Customs to save themselves from losses, arrests and embarrassment occasioned by default in payment of vehicles duties.

“Months after such sales were made the buyers will come with police officers to arrest car dealers for selling vehicles without genuine papers. The buyer, with the support of the police, will then be demanding for refunds of total amount spent in buying the vehicle whose money the car dealer had remitted to the actual owners after collecting a commission of less than 5% of the sum,” he explained.

Meanwhile, the Centre for Human Rights and Social Justice (CHRS) has lauded the National Assembly over its invitation to the Comptroller-General of the Customs, Hameed Ali, to appear before it on Wednesday.

While condemning the new vehicle duties policy, the group said the invitation extended to the Customs boss would sanitise the system and ameliorate the sufferings of the people.

A statement by its Chairman, Comrade Adeniyi Alimi Sulaiman, commended members of the eight Senate, particularly Senator Dino Malaye and Deputy Majority Leader, Senator Bala Ibn Na’allah for standing up against what it described as the illegal and anti-people policy of the service.