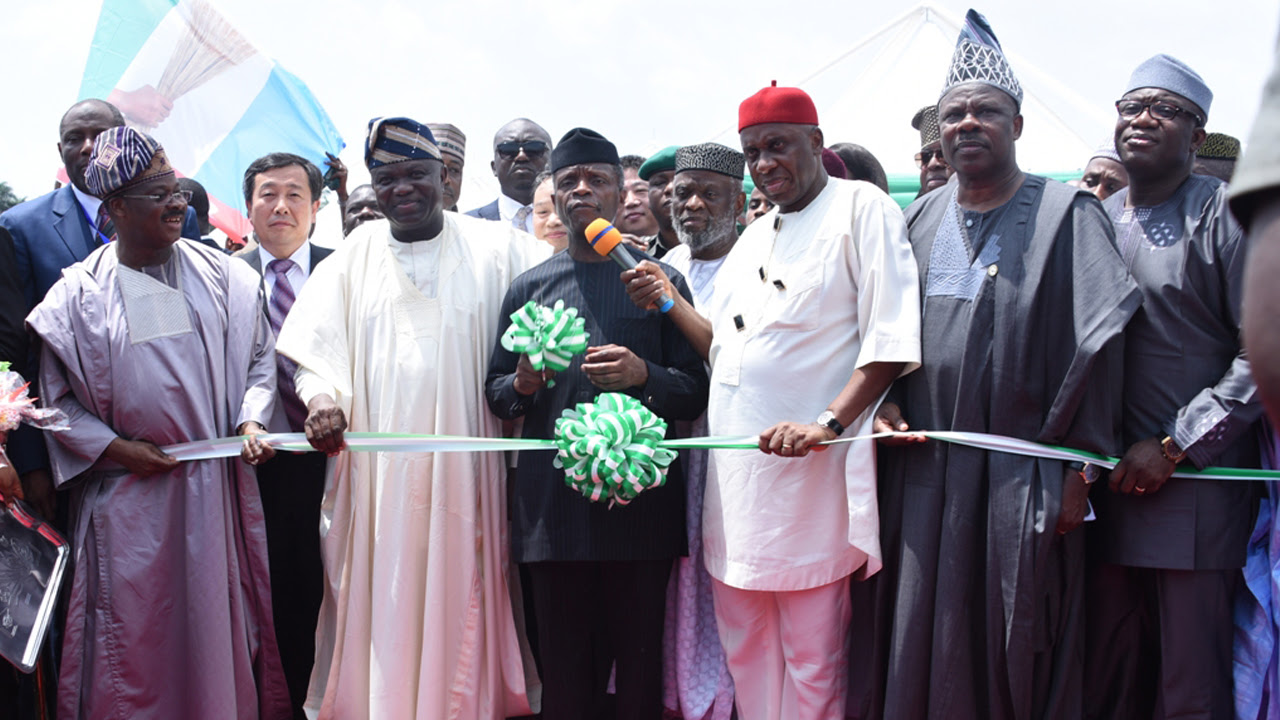 The Nigerian government is targeting December 2018 completion date for the new Lagos-Ibadan rail project launched on Tuesday in Lagos, the country’s acting president Yemi Osinbajo said at the groundbreaking ceremony held in Lagos.

He said the groundbreaking ceremony marked the commencement of the government’s plan to move speedily to improve transport links with Lagos, the national economic nerve centre and major port to other state capital across the country.

“An active and vibrant railway system confers many benefits on the society. Our ultimate goal is to restore a railway using culture for both commercial and personal transportation. We are confident that the national rail project will create up to half a million jobs and facilitate the movement of up to 3.2 million tonnes of cargo per annum.

“It will also reduce the burden on national highways, thus reducing deterioration of the road networks and increasing the lifespan of our roads. Railway network will support efforts to diversify the economy and enhance our export potentials. Just as several of our cities became known as railway towns in the past we expect to boost economic activities within the railway lines that will eventually cut across the entire country,” Osinbajo said.

Expressing delight that the take-off had become a reality, the Lagos State Akinwunmi Ambode said aside boosting regional integration, the agricultural sector would receive the long-awaited boost as the rail line will be a fast and convenient means of transporting farm produce from the hinterland to the city thereby increasing the economies of the States.

He said: “A direct benefit of this project is that containers and goods from the Apapa Port will now be transported by rail thereby reducing the number of trailers and other heavy duty vehicles on our roads.

“A direct consequence of this project would be less productive man hours wasted on the roads due to traffic gridlock and bad roads due to heavy duty vehicles. In addition, we expect the government to expend fewer resources on road repair and maintenance once the rail line takes off and reduce the pressure of articulated vehicles on our roads.”

While thanking President Buhari for approving the Right of Way for the proposed Red Line Light Rail Project by his administration, Ambode also implored the Nigeria Railway Cooperation to cooperate with the State Government during the construction of the Red Line.

“We thank the Federal Government of Nigeria under the able leadership of President Muhammadu Buhari for prioritising this landmark project which will greatly complement our efforts to deliver a transport system that is befitting of a modern city-state. It is also important to note that the Lagos Red Line rail will share the same corridor and Right Of Way with the Lagos-Abeokuta-Ibadan Rail Line.

Email ThisBlogThis!Share to TwitterShare to FacebookShare to Pinterest
Labels: 2017 at 08:07AM, March 07, Uncategorized