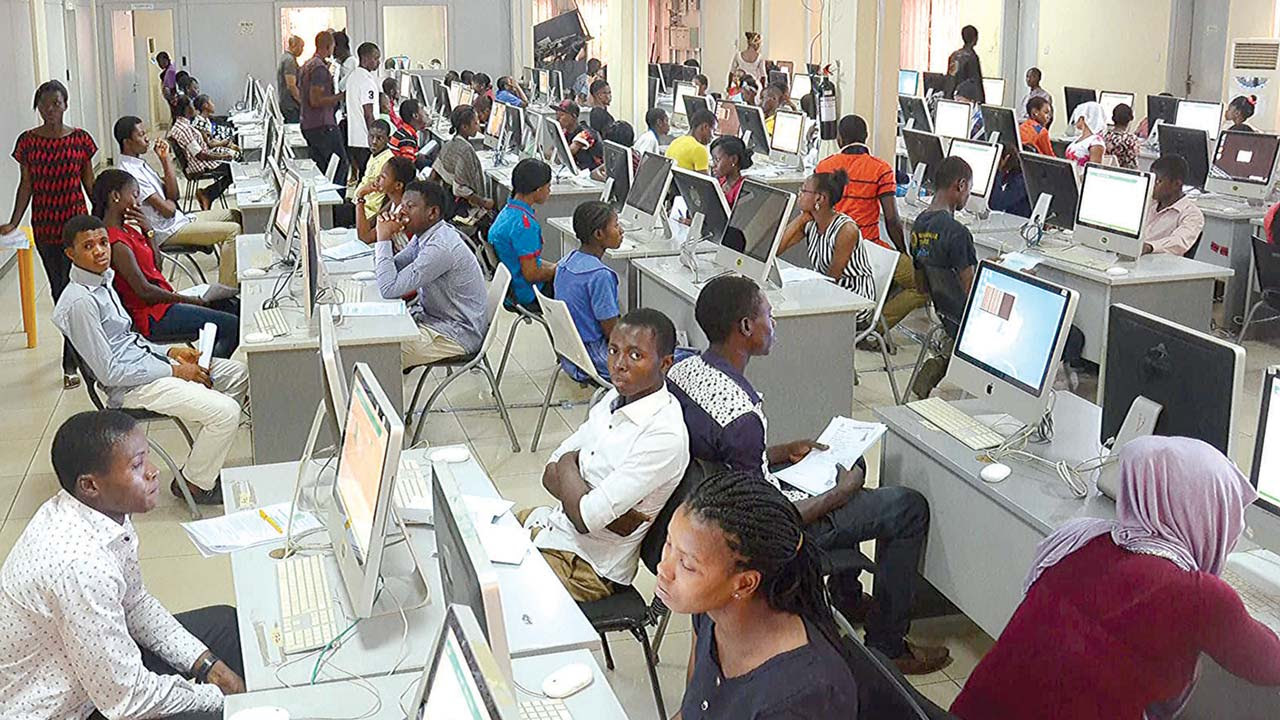 That the Joint Admissions and Matriculation Board (JAMB), the other day, came up with a new law barring candidates awaiting results from taking the entrance examination into tertiary institutions is draconian, retrogressive and myopic. The pigheaded regulation represents everything that is wrong with education in Nigeria and should be trashed.

The Acting President, Professor Yemi Osinbajo should call JAMB to order. That rule is utterly destructive and should be stopped in the national interest.

Reports say with effect from this year (2017), candidates awaiting results would no longer be eligible to apply for Universities Tertiary Matriculation Examination (UTME).

This was disclosed in Abuja by JAMB’s spokesman, Dr. Fabian Benjamin, who stated, categorically, that candidates awaiting results would not be admitted into any institution.

Dr. Benjamin said: “In the cause of conducting admission exercise, many institutions have admitted candidates on merit only for them to discover that such candidates do not have qualified O’ Level results or the right combination for admission and had to delete and start the process all over again. With this, they would have denied other qualified candidates the opportunity for admission.”

He said no candidate will be recommended for admission without his O’ Level result being supplied and that JAMB will insist that candidates supply their result on its website for them to be considered for admission.

To start with, JAMB should be reminded that it is just one of the 17 parastatals under the Federal Ministry of Education and as such has no power or authority to make any law.

If there is need to make any law concerning JAMB entrance, the National Assembly alone is the constitutional authority that can enact it.
JAMB’s mandate is simply implementation as laid down in the Act establishing it. JAMB should not arrogate undue powers to itself outside what the law stipulates.

Decree No. 2 of 1978 (amended by Decree No. 33 of 1989) empowered the Joint Admissions and Matriculation Board to conduct Matriculation Examination for entry into all universities, polytechnics and colleges of education in Nigeria.

JAMB has no right under the law to prevent or stop anybody from exercising their constitutional right to education.It is obvious that JAMB’s new regulation is borne out of laziness on its part. The current Board under Prof. Is-haq Oloyede appears unwilling to do a thorough job of sorting candidates, which the Board has done since it began in 1978. The Board now wants the easy way out to the detriment of thousands of candidates and the country.

If JAMB has accommodated candidates awaiting results since 38 years ago and carried out the admission exercise without hitch or complaint, why should the 2017 set be disallowed from taking the same entrance exam?

It is common knowledge that possession of requisite admission requirements is no guarantee for admission. There are several other issues involved such as catchment area, choice of university, choice of course, favouritism, bribery and corruption, etc.

JAMB’s regulation would have been innovative if it had said that henceforth, every candidate with the requisite subject combination and minimum cut-off mark would automatically get admission. JAMB should work to expand opportunities for the youths and not constrict their chances.

That is why the new regulation should be voided. If awaiting result candidates are excluded from taking JAMB entrance examination that will drastically reduce the number of candidates seeking admission.

Consequently, from about 1.5 million candidates, which is the annual figure, the number will drop to about 500, 000. That way, JAMB gains by doing less work but taking the same pay while candidates, parents and the nation lose.

If every candidate who has the requisite O’ Level papers were to be given admission, the thousands of candidates who miss admission yearly wouldn’t have missed it.

On average, every year, about 1.5 million candidates sit for JAMB and only about 500,000 are offered admission. The rest, which includes those with complete O’ Level papers are left to their fate.

Since JAMB began, millions of Nigerian youths with requisite five O’ Level papers, including Math and English Language have missed tertiary education not by their fault but because of other circumstances beyond their control, which includes JAMB’s inefficiencies and failures are among. It was JAMB’s failures that led to the introduction of post-JAMB test that is now rested.

It needs to be stressed that JAMB’s entrance examination is primarily for students in the final year of senior secondary school, who wish to proceed to tertiary institutions. They are mostly the candidates who take the entrance while awaiting their WAEC results. Those are the ones JAMB wants to shut out.

Barring this category of candidates is tantamount to punishing the youths for the systemic failures they did not cause. There is no country in the world where a person is forbidden from applying to university or other institutions of higher learning. Any person can apply but it is left to the institutions to evaluate the applications and offer admission to the deserving ones.

Allowing JAMB’s rash and arrogant regulation or rule to stand will erase any little progress the country has recorded in the tertiary education sector. It is a setback for the country.

It is absolutely regrettable and disappointing that JAMB conceived such degenerate idea, which, of course, it has no authority to make and is about imposing it on the country.

Here is a country that is largely illiterate. According to UNESCO, 65 million Nigerians are illiterate and effort is being made to bridge the gap by opening the door for mass education. And here is JAMB shutting the door and working hard to frustrate the effort of government.

In view of the critical importance of education, Nigerians should join forces to stop JAMB from imposing a vicious and cruel regulation against youths aspiring for higher education.

If JAMB stops thousands of youngsters from attempting to get admission into tertiary institutions, many will take to prostitution, kidnapping, armed robbery, Yahoo-Yahoo and other sundry crimes. In today’s tech age, youngsters should be encouraged to aspire higher and not discouraged.

Email ThisBlogThis!Share to TwitterShare to FacebookShare to Pinterest
Labels: 2017 at 06:02PM, March 06, Uncategorized