One Lagos Fiesta has swept away December crimes, says Ambode 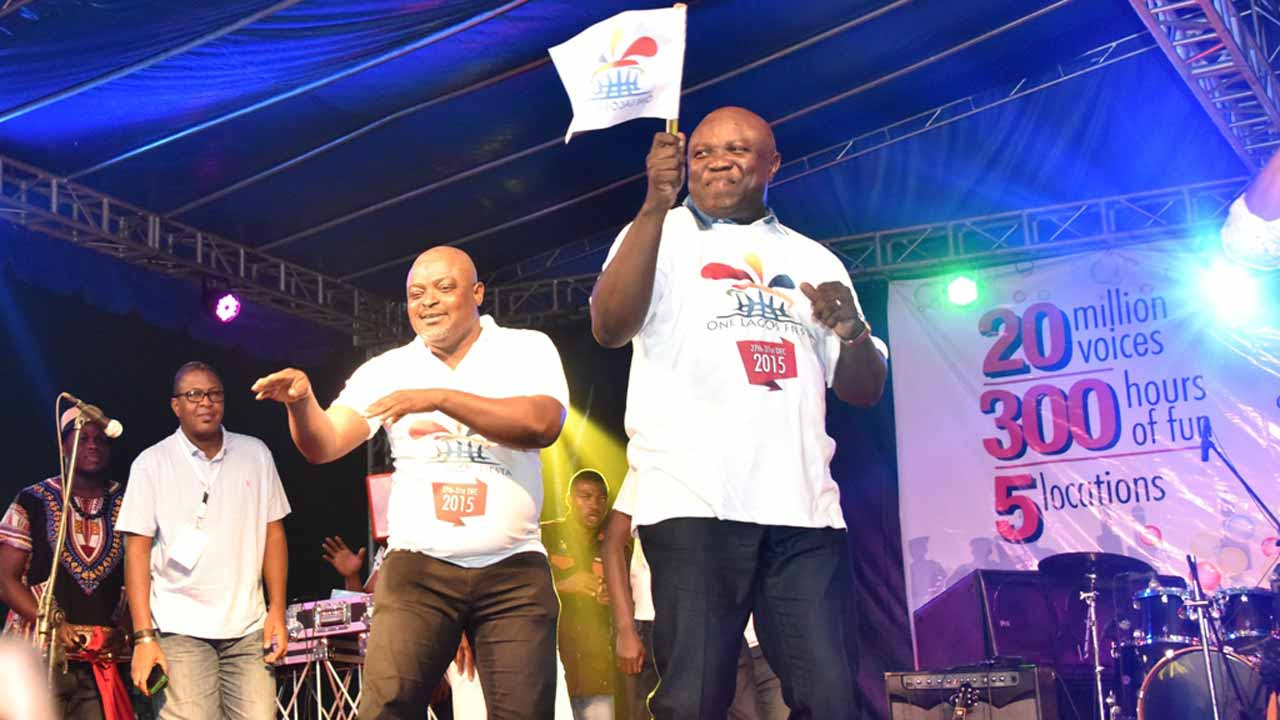 Governor Akinwunmi Ambode with flag dancing with the Speaker, House of Assembly, Mudashiru Obasa at the flag-off of One Lagos Fiesta in Lagos

Lagos was crime-free in December of 2015 and 2016 following the commencement of the annual One Lagos Fiesta, Gov. Akinwumi Ambode said in Ikeja on Sunday.

“We have been able to keep the criminals busy for the five days that the fiesta has held each year and we were able to take their minds off crime for the period.

“We may probably have to increase the duration to 10 days, next time,’’ the governor said.

The maiden edition of the One Lagos Fiesta held in 2015.

The 2016 edition was an eight-day event, spread across five centres — Agege, Ikorodu, Epe, Lagos Island and Bar Beach, Victoria Island — and it attracted a mammoth crowd.

It was capped with a midnight of fireworks and a spectacular lighting of the Lagos skyline.

Ambode also spoke on the state government’s proposal to take over the National Stadium, Surulere.

He said it was time to take over national assets in Lagos and allow the people of Lagos and their economy to thrive and be able to use their talents.

Ambode recalled that the last match at the stadium was hosted 12 years ago, and it was time for the state government to intervene on the issue.

The governor had, on March 1, said that Lagos had plans that would turn the dilapidated National Stadium into an enduring world class facility.

He made the assertion when he spoke with newsmen after a joint inspection tour of the stadium with the Minister of Youth and Sports, Solomon Dalung.

Ambode, riding on the crest of the approval by the Federal Government to concession some of the national stadia to the resident state governments, had asked for a stake by the state government.

The Federal Government has already given the nod to the Kaduna State Government to manage the Ahmadu Bello Stadium and gave the same approval to Enugu State and Cross River Governments.

Ambode said that if the concession could pull through, the state government would ensure that the stadium was given a facelift.

Email ThisBlogThis!Share to TwitterShare to FacebookShare to Pinterest
Labels: 2017 at 06:57AM, March 06, Uncategorized