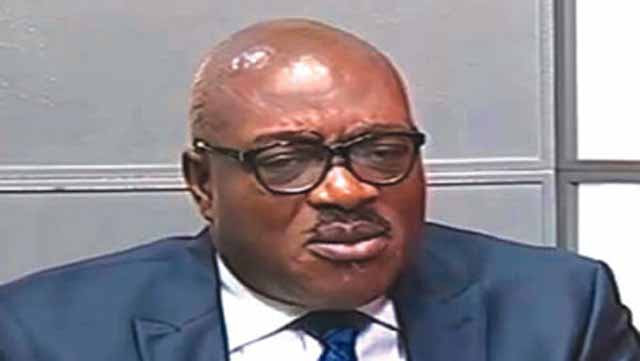 Ejiofor, now a security consultant and analyst, got the nod to head the Alumni Association of the Institute of Security Studies, Abuja, will hold forth till February 2018, when fresh election would be conducted.

Ejiofor a lawyer, who before retirement served as the Director of DSS in several states in the South-South, South-West and North West regions, has been charged with the task of repositioning the Alumni Association.

The Chairman of the association, Denja Abdullahi, said: “The Alumni Association of the Institute of Security Studies (AAISS), Nigeria’s premier security institute at its Annual General Meeting (AGM) held on the 25th February, 2017 at the Institute of Security Studies (ISS), Bwari, Abuja appointed Barr Mike L. Ejiofor, as Acting President of the Association.

“He is to run the affairs of the Association until the next AGM in February 2018. His appointment followed the expiration of the tenure of the immediate past executive.

Email ThisBlogThis!Share to TwitterShare to FacebookShare to Pinterest
Labels: 2017 at 05:33PM, March 07, Uncategorized